Thought I’d do something a bit off topic today. I have a great love of animals and currently own two house rabbits. They’re the cutest things on four legs and I thought it would be nice to share some pictures and tell everyone a little about them in case anyone’s in two minds of whether a house rabbit is for them or not.

This is Jet; he is two years old and named after the martial art star Jet Li. He’s a little man who’s always getting into mischief. He loves stealing food, escaping into the neighbours’ garden and jumping on the kitchen counter top because his legs are so strong. He hates a girly cuddle. He’s a lovable menace. 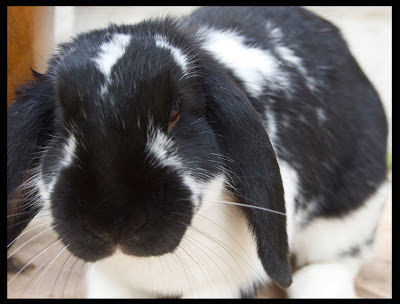 However you will not find a funnier rabbit then Jet. He always wants to be with you and know what your doing. When the Olympics visited England my partner, sister and I were sat in front of the television eating some spaghetti hoops (I have no idea why) Before we knew what was happening, a rabbit flew through the air with the not so greatest of ease and landed right in the hoops! Jet was as shocked as we were, his little face looked down to see his beautiful white socks soaked in this bright orange stained juice. He just looked at me as if to say, “Mummy, what are this??” We all couldn’t stop laughing for at least twenty minutes. 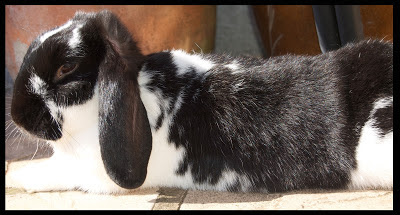 Whilst writing this short tale Jet has managed to fish a cereal box out of the bin and thoroughly tear it to pieces. 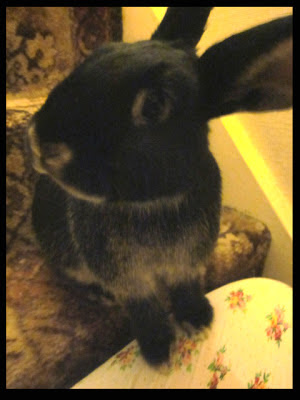 This is Bruce; she is Jet’s little sister and is also two years old.  She is named after the martial arts star… you guessed it Bruce Lee.  She’s calm and caring and is always there to cuddle, not to mention a complete poser for the camera. She loves children, kittens and being brushed with her tangle teezer. She hates birds and being chased by her daddy. 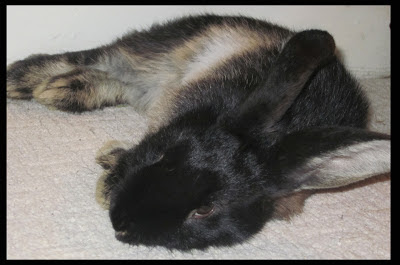 Now your probably wondering how a little girl rabbit got named after such a brutally skilled man.  Well, when rabbits are babies it’s incredibly had to tell the sex between male and female. Before little Bruce was fixed she was diagnosed as being a boy, therefore my partner insisted of the names of his favourite action stars. Now you many be asking well why didn’t you change her name as soon as you discovered the mistake. If it had happened to Jet we would have.  However little Brucie is the smartest rabbit on four legs, she had learnt her name in a week and will come running when called, (I wish I could say the same for Jet…) 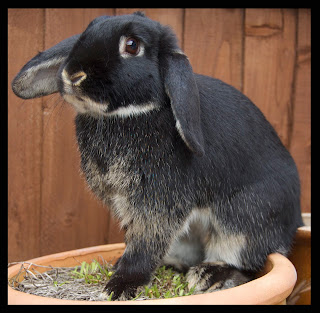 So there you have it. Two baby bunnies from the same litter, grew up and treated the same way.  They truly couldn’t be more different. They are like yin and yang, like my partner and I.  I’m very lucky and blessed. I couldn’t ask for better bunnies and it has been a pleasure to watch their little personalities grow and develop.  Rabbits, like any other pet, need freedom and space to expand themselves. If you contain them to a cage and never let them roam they’ll never grow into the little companions they could be. If you’d like to know how to care for house rabbits please leave a comment and I’ll do a series of blogs on bunny care.